Home / Tips / What Do You Need to Start Playing Airsoft? Part One

What Do You Need to Start Playing Airsoft? Part One 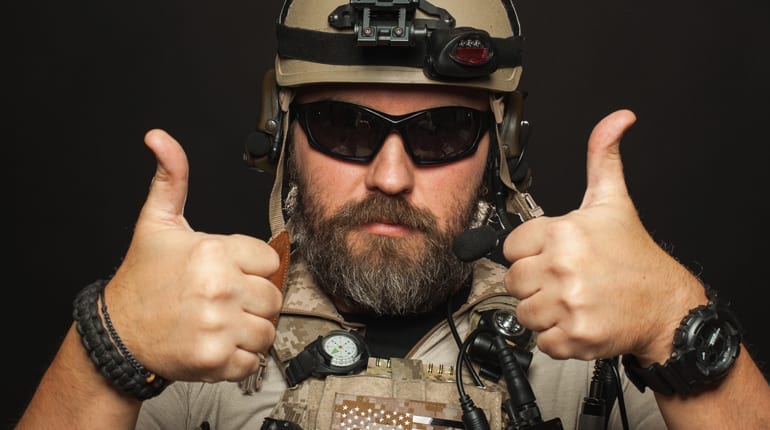 What Do You Need to Start Playing Airsoft? Part One

If you’re new to airsoft, one of the biggest questions asked across all the different forms of airsoft media is – “what do I need to start playing airsoft apart from airsoft guns?”. A lot of the time, the views of different outlets will be conflicting, with each individual placing more onus on one thing than another, which can often leave you with a bit of a conundrum to tackle – the last thing you want when all you want to do is get out onto a skirmish field and start playing airsoft.

While it’s quite controversial to imply that we know exactly what you need to pick up before heading down to your first airsoft site, we’d like to think we know a thing or two having been in the industry for over a decade now. So with that in mind, we’re going to break this down into a number of steps to ensure you don’t blow your budget instantly!

So, you’ve just been introduced to airsoft by a friend, or seen a video somewhere and thought to yourself “well that looks fun, I want to give it a go!”. But now you’re thinking how far you should go, likely seeing some guys fully kitted head to toe in as much gear as you could shake a stick at. Personally, we believe your first steps into airsoft should be baby steps, investing in as little as possible to begin.

The first thing you’re going to want is some decent clothing. While we’ve often seen people at sites in their favorite pair of jeans and a branded T-shirt, you’re going to get muddy, dirty, and sweaty, no matter what way you look at it. So, with that in mind, the first thing we would suggest is picking up some decent clothing. The best thing we can suggest is head to your local Army Surplus store and pick up something on the cheap side – you’ll no doubt find some British DPM (Disruptive Pattern Material) or MTP (Multi-terrain Pattern) for a reasonable price.

The next thing we’d suggest buying is a solid pair of boots. Too many times we’ve seen people rock up in trainers and end up in the Safe Zone by lunchtime because they’ve rolled their ankle running around. You’ve got to remember that airsoft sites are often uneven and difficult to navigate, so protecting your ankles is of the utmost importance. Thankfully, a number of companies sell cost effective options, or if you’ve got a pair of hiking boots sitting around, you could save yourself some money and make use of them!

While a lot of airsoft sites will offer safety goggles or glasses in their rental packages (which will include, but aren’t limited to –  an airsoft gun, safety glasses and BBs), you can pick up some really reasonably prices safety glasses in today’s market, ensuring that your eyesight is protected while playing airsoft. A lot of examples double up as pretty good sunglasses as well in reality, with Bulldog’s Sport Shooting Glasses and Square Sport Shooting Glasses not looking out of place on the high street!

HOOKED? THE NEXT STEPS

At this point you’ve likely played a couple of times and are probably hooked – we know we were! There’s nothing quite like spending a full day running around in the elements, adrenalin pumping, launching BBs at anything that moves. If this sounds like you, you’re going to want to progress your very barebones equipment to the next level.

You’ll probably think that an airsoft gun should be your first priority when picking up airsoft, and it may well be, but due to the amount of sites that offer rental guns, we thought we’d put it here. One of the major issues with buying an airsoft gun before picking up airsoft is the issue of the VCR Act. The VCR Act placed airsoft guns as a Realistic Imitation Firearm, meaning that without an exemption, any airsoft gun you buy would have to be two-tone – painted bright colours. While two-tone guns are absolutely fine, you often see people pick one up and sell it as soon as they’ve got their exemption, which comes in the form of a UKARA License. Should you decide you want to pick up a gun instantly, you can see a brilliant range of two-tone airsoft gunse.

When it comes to buying your first airsoft gun, there are a few things to consider. First off, what kind of gun do you want? You might be a huge AK fan, or you might want an M4… Furthermore, you might be thinking of the future, in which you want to re-enact your favourite film character or military unit. No airsoft gun is the best one, simply go with what you like! Second of all, you’re going to want to read some reviews to work out what’s hot and what’s not. Personally we would suggest picking up a copy of Airsoft International and seeing what the professionals think – a lot of our stock goes to them for review, so the chances are you’ll find something you like in our store and on their pages!

Due to the laws surrounding airsoft guns, any airsoft gun needs to be transported in a gun case. We won’t delve into this too much though, as you can check our blog post on airsoft gun cases. The short end of it though is there’s a plethora of options on the market, all of which we stock!

Now you’ve got your airsoft gun, you’re likely going to want the ability to carry more BBs around with you. While you could opt to just run around with a bag of BBs, reloading while in the middle of a firefight isn’t the easiest thing to do, so we’d suggest you pick up some extra magazines. If the whole idea of Lo, Mid and High caps confuse you, check out our previous blog post for more information!