Solutions to Using Your Gas Guns in the Winter 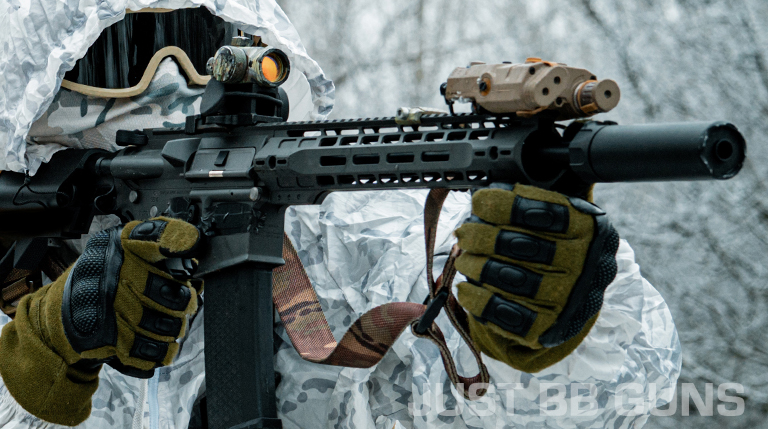 Solutions to Using Your Gas Guns in the Winter

It’s winter here in the UK and ‘tis the season for gas guns to leak. Many users opt to simply put them into storage over the colder months but even then, when you pull them back out in spring you might find problems have generated whilst the gun has simply sat dormant. It’s frustrating at the best of times so in the spirit of making things easy for you, we have a selection of simply fixes and preventative measures to ensure you get the best out of your gas powered airsoft guns and spent less time piloting screwdrivers and more time hammering the trigger!

Gas guns are fun to use because of the positive feedback they give you in terms of “recoil”. Most guns generate a feeling of recoil because part of the gas that’s expelled goes towards blowing a bolt or slide backwards. This gives a realistic level of function when compared to a real firearm which operate on a similar principle.

You have to cock gas guns in order to get a round into the hop unit and ready to fire, again, something which adds to the appeal, and sometimes you even experience jams or failures to feed which crank up the realism further.

The main downside with gas guns is that they suffer in colder weather. They can be inconsistent when the temperature is low and the amount of shots you’ll get for any given quantity of gas is lower. They do take a little more maintenance compared to an AEG or spring gun and with these pointers, you’ll be able to make the most of your gas guns for the majority of the year!

Gas Up and Go!

Always use the recommended gas in your gun. Over pressured gasses can cause many guns to fire hot or even break them by being too powerful for the components inside to handle. When conditions are cold, you can sometimes make exception by using a slightly more powerful gas than usual, but make sure you don’t warm the magazines too much as you may run into issues.

If you have packed away your guns for transport in the boot or back of a car or you have just whipped them out of their packaging after being in the post, make sure you give them a while to warm up to the ambient temperature before you try and use them.

Abbey Predator Maintenance Gas is a godsend. It’s similar to 144a gas but has a higher silicone content and the recommendation is to run one fill of it through your gun and magazines for every 10 fills of regular gas. For many airsoft guns it doesn’t have the power to cycle and use in game but the higher concentration of silicone oil is well worth running through to keep seals and working parts lubricated.

Or guns, mainly guns… most leaks in gas magazines originate from the seals. Most seals are formed with an O-ring or custom molded rubber ring or gasket. Even if slightly damaged these seals can be rejuvenated and given a new lease of life after the application of a little thick silicone grease. Be liberal in application but ensure your seals are properly located before assembly and pinching them can cause them to rip or tear… Not a good thing.

If none of the above has had much of an effect on your GBB function, you can always shim the seal between the magazine and the blow-back unit, known as a “Gas Router”. Numerous companies make specialist “shims” that you can fit UNDER the router in the magazine in order for it to seal against the blow-back unit with greater efficiency. On old or worn magazines, this can give a new lease of life. If you are handy with some plasticard or even scavenged plastic packaging, you can use a craft knife to accurately cut your own DIY shims. Something with a thickness of 0.5mm usually adequate to do the job.

This is hugely important in winter. Gas guns simply will not perform to the level they do when the weather is warm, even with every trick in the book thrown at them. When it is cold, give your gas gun a little lee-way and don’t get frustrated if the blowback isn’t as crisp and sharp and the efficiency isn’t as high.