Home / How To / Basic Safety Guide For Airsoft 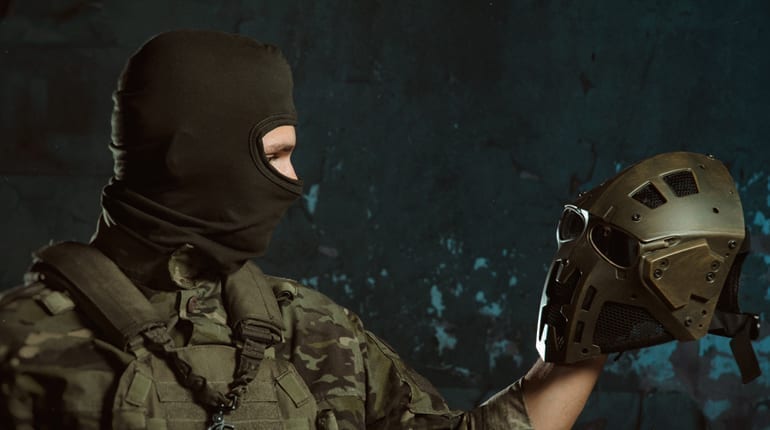 The popularity of airsoft guns has rocketed in recent times, and it’s easy to see why. Airsoft guns and bb guns provide heaps of entertainment, whether you’re target shooting or taking part in an organised battle event. Although playing with airsoft guns is a safe sport, it’s vital to follow a number of guidelines to ensure nobody gets hurt at any time. Here are some top safety rules for every airsoft enthusiast.

Protect your face and body

The biggest potential safety risk of airsoft guns is getting accidentally shot in the eye, so it’s imperative that you wear suitable safety goggles and possibly a facemask when taking part in this activity. It’s also advisable for younger players to wear full clothing to protect the body.

Pay attention to what you wear on your feet when immersed in an airsoft gun battle. Many skirmishes take place in woodland settings, so sturdy footwear is a must. In fact, most airsoft-related accidents involve tripping over rather than from the guns themselves.

Purchase from a reputable source

When buying airsoft guns and airsoft accessories, use a trusted and respected supplier, such as Just BB Guns, who sells quality products. Inferior guns can easily shatter, which can be a safety hazard.

Once you’ve bought your airsoft gun, look after it and always use new ammo. Keep the outside and inner barrel clean for improved performance and safety. Don’t use the gun if it gets damaged, and don’t try to alter it or change its colour.

You have to be over 18 to purchase airsoft guns. If you’re under 14 and want to experience the excitement of this game, you’ll need to be supervised by an adult.

Get to know how to use an airsoft gun safely before you get stuck into play. Never put your hand on the trigger of the gun unless you’re poised to fire. Otherwise, it could accidentally go off and hurt someone.

Shoot at a safe distance

Only shoot your target at a safe distance. If you venture too near, the BB could bounce back and smack you unawares.

Only ever point your airsoft gun at a safe target, and observe the surrounding area to check that it is clear on all sides. Never wave the gun around, even if you think it’s not loaded. In fact, you should always treat the gun as if it is loaded at all times, even if that isn’t the case. Additionally, don’t look down the barrel of the gun.

Avoid carrying a loaded gun if you need to climb trees, fences or other obstacles during play in a designated area or woodland setting. You could fall and the gun could accidentally fire. Only load the gun when you’re on solid ground.

If you’ve pulled the trigger on your airsoft gun and it fails to fire, be cautious in how you rectify the situation. If you’re playing as part of an organised group, you might want to inform the leader who will advise what to do. If you are using your own gun in an independent scenario, unload the mag and clear the gun or unplug the battery. Seek expert assistance if repairs are needed.

Airsoft guns should only be used in designated places, so don’t carry them in public areas. Since they look like the real thing, it could cause a huge safety alert if you’re caught with the gun on you. If you do need to transport your airsoft gun, carry it in a special protective gun case. This can also be used to store your airsoft accessories.

Store it away unloaded

When your airsoft gun is not in use, make sure that it remains unloaded at all times and stored away in a safe place, where young children, in particular, are not able to get hold of it.